EA Memorial Day Sale: Up to 90% Off iOS Games This Weekend

Electronic Arts has once again noted an upcoming Memorial Day sale, where you can get iOS games for up to 90% off. This is the biggest sale of the year with almost 50 App Store titles on sale:

So celebrate your extra day off with extra savings on some of your favorite EA games. Hit the court with NBA Jam – or save big and live large with The Game of Life. Get in on the action with Battlefield: Bad Company 2, Dead Space,and Burnout! Crash. Or take the fight to the high seas with Battleship HD. 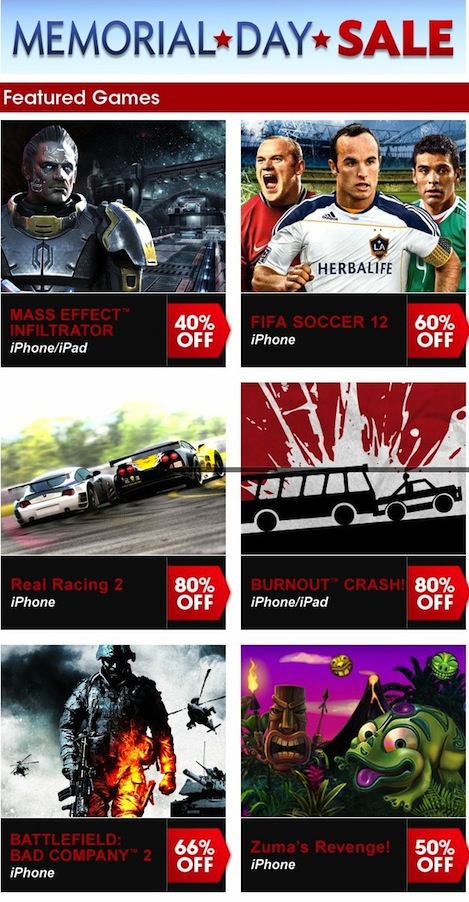 Here’s a video preview of what’s going to be on sale this weekend:

Any titles catch your eye?