An Edmonton gas station has created its own iPhone (and Android) app to allow customers to make mobile payments at the pump. The free Hughes Mobile Pay app enables customers to purchase gas directly from the app, activate the pump for fuelling and receive a receipt for the transaction all “from the comfort of their cars.” There’s also an option to add on a car wash from the app. 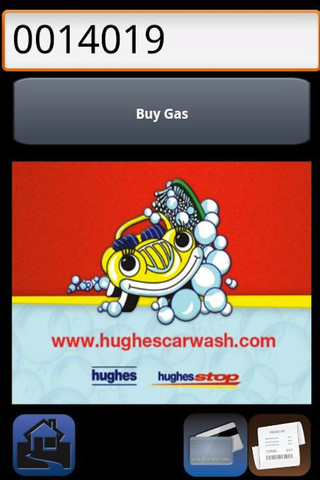 John Cherwick is the general manager of Hughes Petroleum and says the app is the first of its kind in Canada and addresses convenience and climate, especially when it comes to cold weather in Edmonton:

“We have a good feeling this is a great service that’s very suitable for our climate,” Cherwick said.

“When you pull up to the pump, you use your phone, you enter your information shown on the pump, the pump number code, what you want to buy, and then you can leave your vehicle and start pumping so you don’t have to stand outside by the pump you can pre-do it while you’re in the vehicle which is absolutely perfect.”

The app was created by AJB Software, and the developer Eric Wong says no personal information is stored within the app but rather in a data centre. Any fraudulent transactions that would occur if you phone was stolen would be covered by your credit card company. Here’s a demo of the Android app below, filmed by the Edmonton Journal:

Currently, the Hughes Mobile Pay app can only be used at the Parsons Road location, with more locations to be included in the next few months.

Have you tried out this mobile pay app yet?