If you use the Esso Speedpass+ iOS app, it has been updated to now let you earn PC Optimum points at participating Esso and—and now Mobil gas stations.

The Speedpass+ app lets users pay with Visa, MasterCard, American Express, plus Esso and Mobil gift cards, bypassing point of sale machines at the pump. Users just select their pump, determine the fuel type and amount, then authorize the payment in the app. 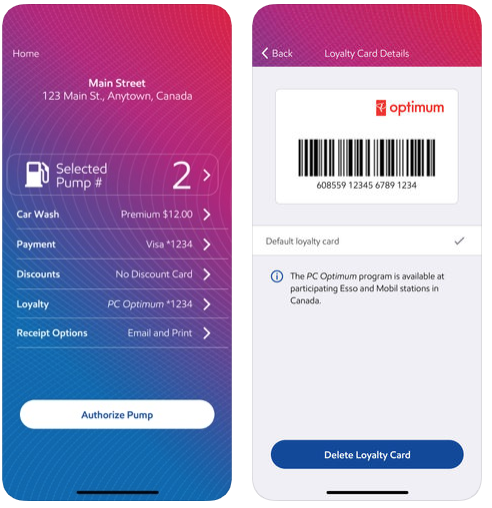 The update to Speedpass+ says beyond adding a PC Optimum card to the app, you can also “Automatically earn PC Optimum points when you pay with your PC Financial Mastercard.”

The Esso Speedpass app launched back in March 2017, but still does not accept Apple Pay yet for in-app payments.