Facebook has updated their iOS app to bring 3D Touch support for iPhone 6s and iPhone 6s Plus users. This update brings support for shortcuts to “Take Photo/Video”, “Upload Photo/Video” and “Write Post”, right from your home screen as seen below: 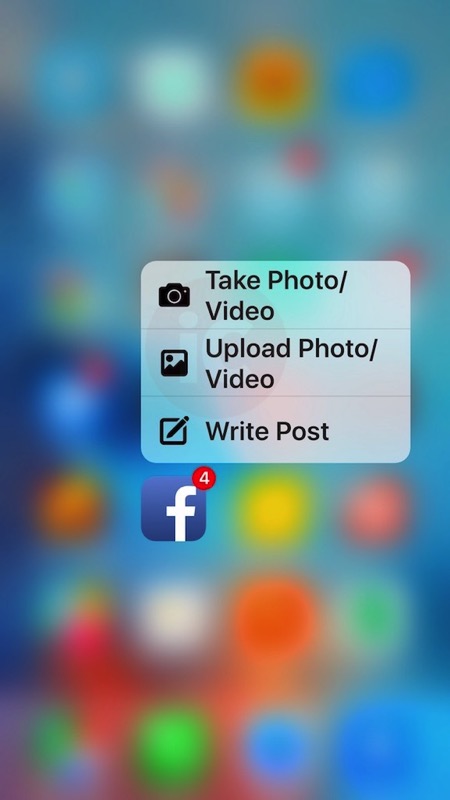 For serial Facebook addicts, the addition of 3D Touch support will make it much faster to post updates and share photos and videos to friends (stalkers).