Facebook has announced version 6.5 of its iOS app (now live in the App Store) and which features a new redesign for iOS 7, which includes a new way to navigate the app via the switch to a bottom menu bar.

Also in this update:
• Tap the bottom of your screen to quickly get to your Messages, Notifications and more (iPhone only)
• You can now use the app in Czech, Finnish, Polish, Swedish and traditional Chinese
• Bug fixes

Icons along the bottom bar shows News Feed, Requests, Messages, Notifications and a ‘More’ icon to bring up further options. 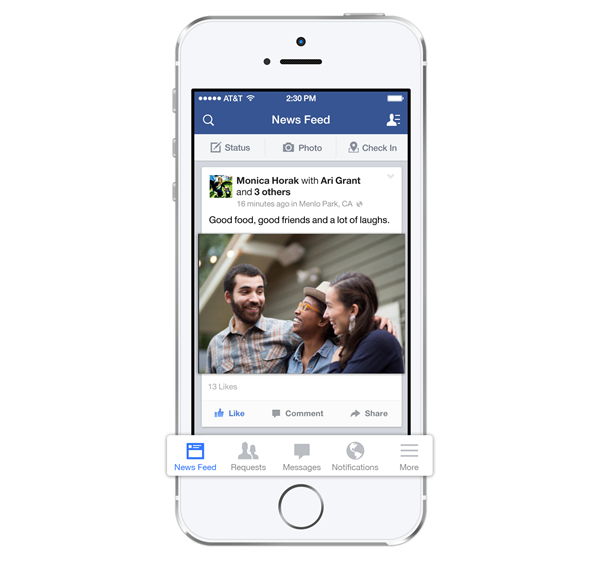 When you tap ‘More’, you’ll get access to your profile, and other areas of Facebook such as events, friends, photos, gifts and more: 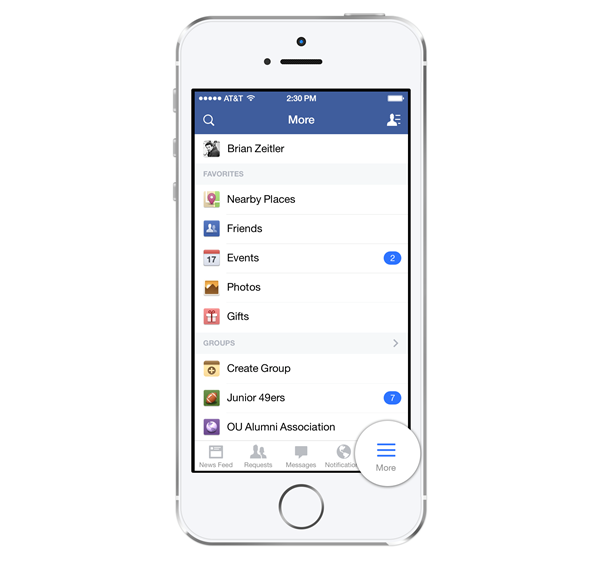