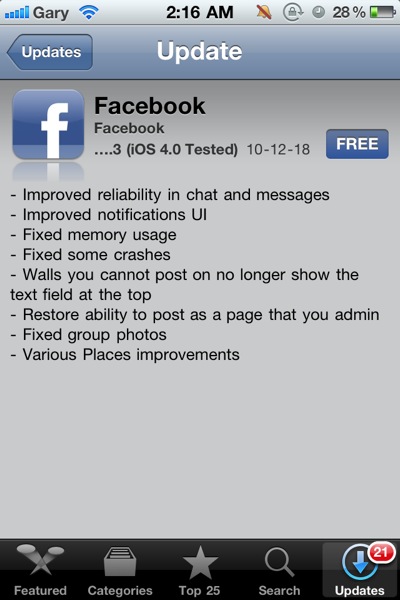 Just a heads up for all the iPhone Facebook users out there. The iPhone app has been updated to 3.3.3, and brings an improved notifications UI and bug fixes. Here is the full list of changes: