The political party that rode Jack Layton’s ‘Orange Crush’ in last year’s election to become the Official Opposition in the House of Commons, has released an app today, just weeks after Thomas Mulcair was ushered in as the NDP’s new leader.

The NDP App will give users up-to-date on all the latest news released by the NDP Party, access to exclusive photos and send messages directly to Thomas Mulcair. The website claims if you message Thomas Mulclair, ‘he will message you back’.

It is available now in the App Store, for iPhone and iPad users.

“We’ve got lots of plans to engage with people using social media,” she added. “But for the moment we don’t have anything specific for the Android, although it’s something we may look at in the future.”

This is not the first app the NDP has released in Canada. The NDP were the first Canadian political party to release an iPhone app. The Liberals followed suit and still have their app from last year’s election available in the App Store, still featuring former party leader, Michael Ignatieff.

The NDP App is available at www.ndp.ca/app and in the App Store. 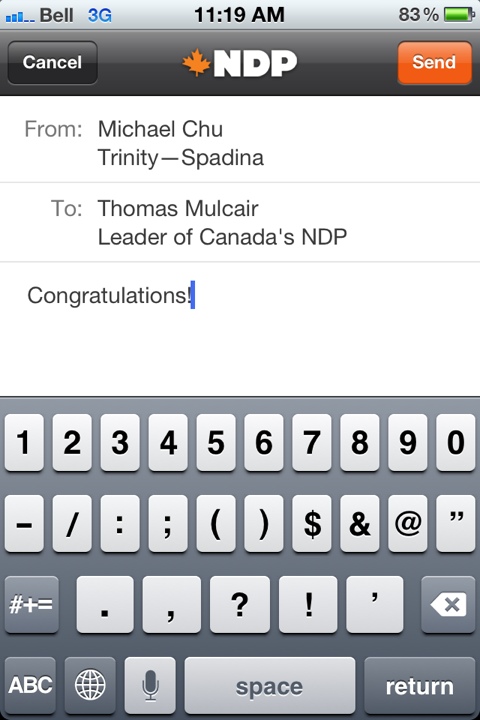 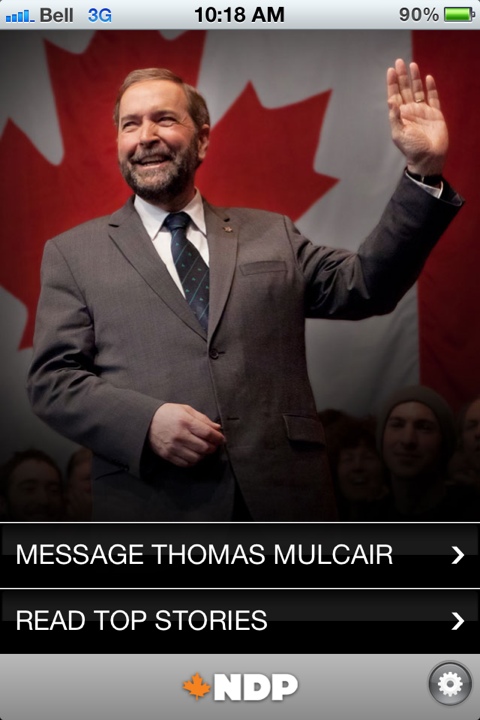