Square Enix currently has a sale on Final Fantasy I, II, and III for iOS (via Pocket Gamer). The sale prices are as follows:

Final Fantasy IV – The critically acclaimed RPG, Final Fantasy IV (originally renamed Final Fantasy II when it was first released in the West), set the standard for role-playing games with its diverse cast of characters, deep plot and real-time Active Time Battle system. This iOS version is based on the same 2008 3D remake for the Nintendo DS.

However, the main website shows a graphic teaser with the arrival date of December 20th for Final Fantasy IV. 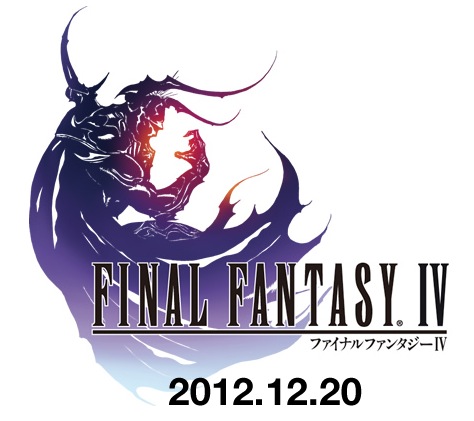 If you’re a fan of Finally Fantasy IV, you’re probably going to love the addition of the 3D DS remake coming to iOS.