Apple has released updates to Find my Friends and iBooks 3, the latter which was introduced at its iPad media event. The iBooks 3.0.1 update this afternoon “resolves an issue where iBooks may unexpectedly quit” according to the iTunes description. So if you’ve experienced crashing of iBooks, this update has your name all over it. 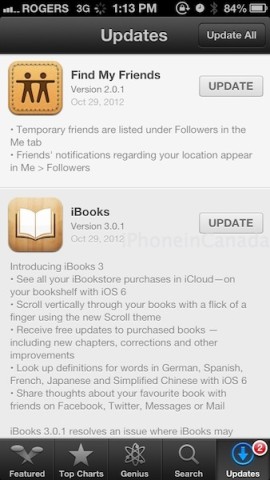 As for Find my Friends (or stalk your friends/kids), a couple new features puts temporary friends under the Me tab under followers and notifications from friends are now placed in the same tab:

You can download Find my Friends here and iBooks 3 here.