Apple has released a minor update to its Find my Friends app, which brings a new user interface when it comes to setting location-based notifications. Now, when you want to set a notification when someone leaves or arrives at a location, you can drag and resize a circular perimeter anywhere on the map to set the area. This could come in handy if you track your children and want to know if they are playing hooky at lunch time. The possibilities are endless.

To set a location-based alert, go to your contact then tap “Notify Me”. Go to the map and you can resize the purple circle to set the area by tapping on smaller knob. As you change the size, the distance of the radius is revealed as you continue to adjust it, which at its smallest size is 100 metres. 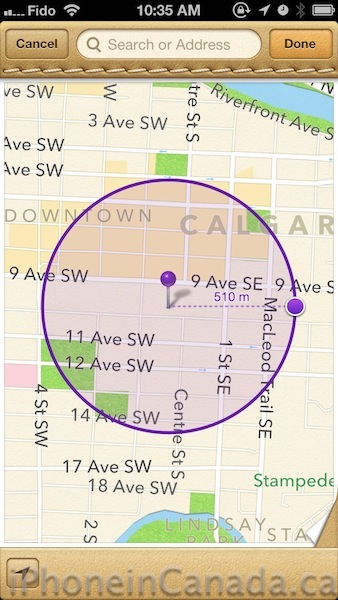 Let us know how you’re going to use this new update for setting location-based notifications.