Foodora for iOS has launched a mobile order and pick up service today in Canada, available in Toronto, Montreal and Vancouver. The company’s website now shows a “Pick Up” slider, and below are some participating restaurants in Vancouver: 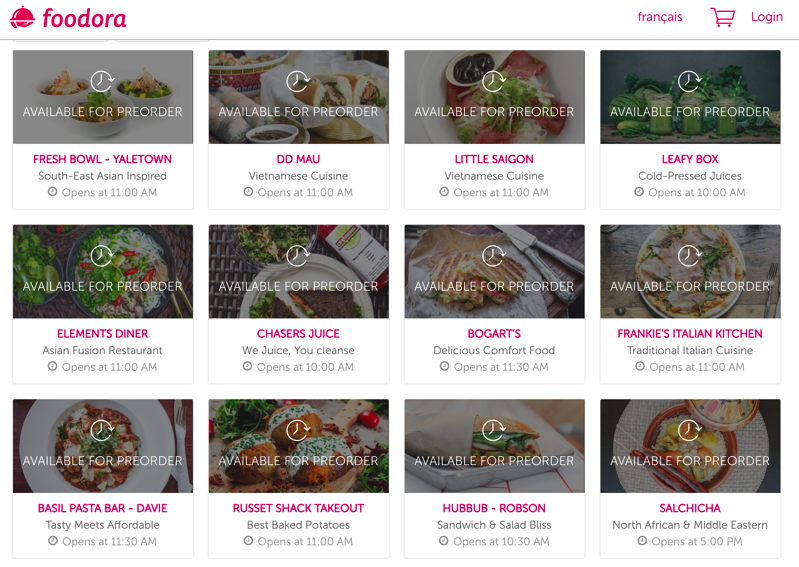 Mobile order and pay is available through the foodora iOS app, website or Android app. The feature means users can order ahead and skip lines, saving time. Office workers pressed for short lunch times or those looking to get take out for dinner will like mobile order and pick up (except good luck finding parking in downtown Vancouver). Orders will be given a pick up time, says foodora.

David Albert, foodora Canada’s managing director, said in a statement to iPhone in Canada, “With our latest pick-up feature, we’re giving users more choice and flexibility to seamlessly fit food ordering into their schedules, whether it’s by making pick up an option, or delivering straight to their door.”

Foodora launched in Canada back in 2016, and since then has added over 870 restaurants to their line up, while the company also says orders have seen a 10% increase month-over-month, while their rider fleet has increased to over 500 couriers. The company had previously acquired Toronto’s Hurrier food delivery service in 2015 and rebranded as foodora a year later.

Click here to download Foodora for iOS in the App Store. People seem to really like the app and service in iTunes, as reviews average 4 stars out of 5, based on 334 ratings.