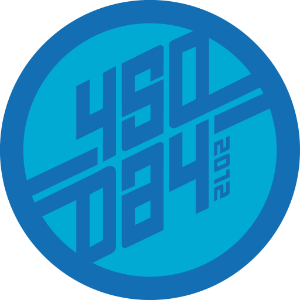 Today is 4/16, the unofficial holiday for Foursquare users to get their 4sqDay badge. The social network also announced they have reached 20 million users and 2 billion check-ins. Check in anywhere today and you’ll receive the badge and read the following text:

In 2010, foursquare fans declared April 16 4sqDay (4/4^2 – nerds after our own heart!). Two years and two billion check-ins later, you’re still why we get out of bed each day. Thanks to all 20 million of you for making us part of your lives. Happy 4sqDay!

As for the origin of April 16 as 4sqDay?

So, how did April 16 become 4sqDay? Back in 2010, Tampa optometrist Nate Bonilla-Warford realized that 4² = 16 and that April 16 would be a perfect day to celebrate foursquare.

Foursquare remains an important social media network as its last round of funding made it valued at $600 million dollars. Just six months ago in September it passed 1 billion check-ins.

How often do you check-in on Foursquare?

[About Foursquare via VentureBeat]