Fring was originally released for jailbroken iPhones during the days of iPhone OS 1.1.4. It eventually hit the App Store, and ever since then it’s become one of the most popular VoIP apps.

The most recent update includes a new feature that will support 4-way video calls, a world first according to Fring.

Bug fixes so you can fring smoother with all your friends. 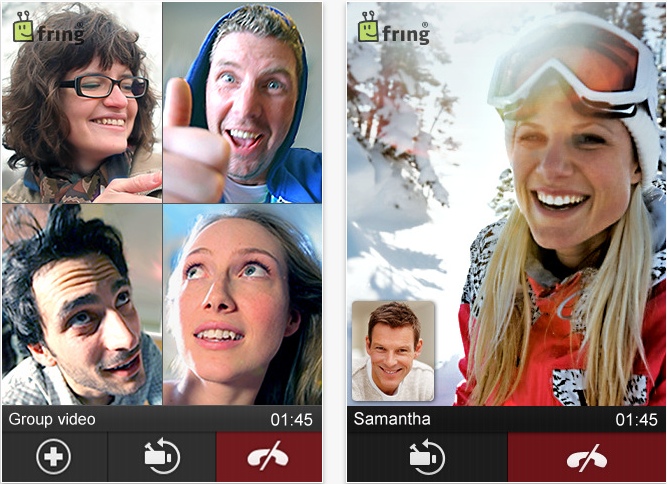 Group chat is available on OSX via iChat, and with FaceTime emerging as the new way to video chat on iOS and OSX, I would imagine Apple would implement a similar feature in the near feature. Maybe it’ll come when details of iOS 5 are announced at WWDC?