Two notable games have been updated to support the taller screen on the iPhone 5: Fieldrunners 2 and Fruit Ninja. The latter was recently free as part of a 24 hour giveaway by Halfbrick Studios. Here’s what’s new:

What’s New in Version 1.8.4 (514)
Hey there Fruit Ninjas! We’ve heard your cries and answered the call – Fruit Ninja now supports iPhone 5! And the free content continues with new blades, extra backgrounds and fresh challenges! High scores are ripe for the taking so bolster your arsenal and get set for a Fruit Ninja bonanza

Two new blades include the Cloud Kicker and Sakura Slicer; two new backgrounds include Cloudy Skies and Cherry Blossom. Together with support for the iPhone 5, this game has basically come back to life again. Fruit Ninja is $0.99 and worth the buck. 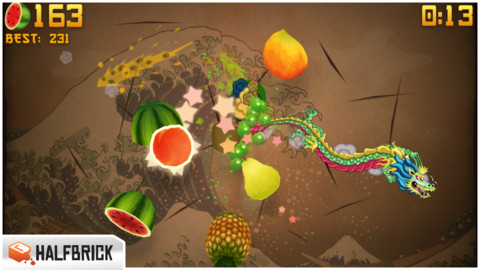 • Polymorph Tower – Turn metaphorical sheep into literal sheep with our first ever rapid-fire slow tower!
• Napalm Tower – Cause a lingering burning sensation with our hottest tower yet! 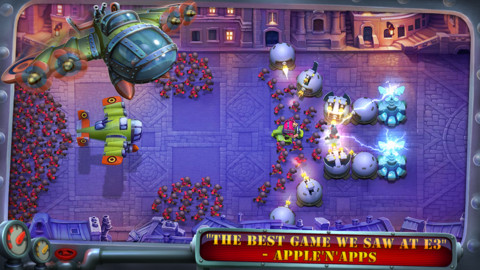 Fieldrunners 2 is on sale for $0.99 and is also a fantastic tower defense game. Anyone playing either one of these games right now?