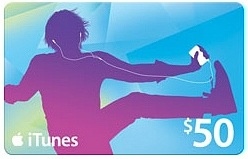 The offer is in the Future Shop weekly flyer and has been confirmed in-store. The offer is not available online.

Thanks to Gordun for the tip!