Apple has announced new updates for GarageBand for iOS and and Logic Pro X 10.3, available today.

“Music has always been part of Apple’s DNA, and we are excited to deliver yet another fun and powerful update to our music creation apps, GarageBand for iOS and Logic Pro X,” said Susan Prescott, Apple’s vice president of Applications Product Marketing. “These updates bring a wide range of new and highly requested features to both hobbyists and the community of pro musicians and audio engineers who rely on our software and hardware to create amazing music.”

GarageBand for iOS now gains the synthesizer Alchemy, which includes over 150 Apple-designed patches from a variety of genres. Users will be able to use eight snapshots in real-time via Alchemy’s Transform Pad for “expressive synth performances.” iPhone 6 or later, iPad Pro, iPad Air 2, and iPad mini 4 support this new feature. 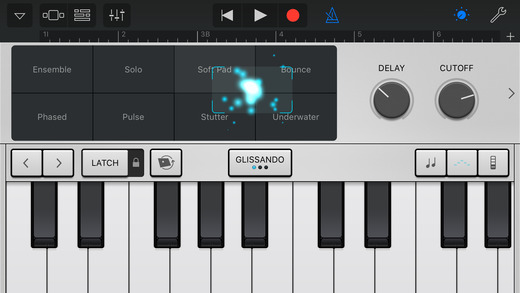 What’s New in Version 2.2
• Play and record using the new Alchemy Touch Instrument with over 150 synth patches*
• Quickly find Touch Instruments and patches with a redesigned sound browser
• Capture your voice or instrument and apply studio-class effects like pitch correction, distortion and delay with the new Audio Recorder
• Use new mixing effects, including Visual EQ, Bitcrusher, and Overdrive
• Add third-party effects using Audio Unit Extensions**
• Record multiple times over any song section and choose your favorite using Multi-Take Recording
• Perform with Chord Strips from any keyboard instrument
• Add comments or lyric ideas to your song with an integrated notepad
• Remotely add new tracks to your Logic Pro X project from your iPhone or iPad via iCloud
• Stability improvements and bug fixes

The GarageBand for iOS update is free for existing users, otherwise it remains at $4.99 USD —click here to download it.

Logic Pro X has been updated to support MacBook Pro models with Touch Bar, allowing for greater controls with the new feature, such as a timeline overview and quick access to volume and Smart Controls. 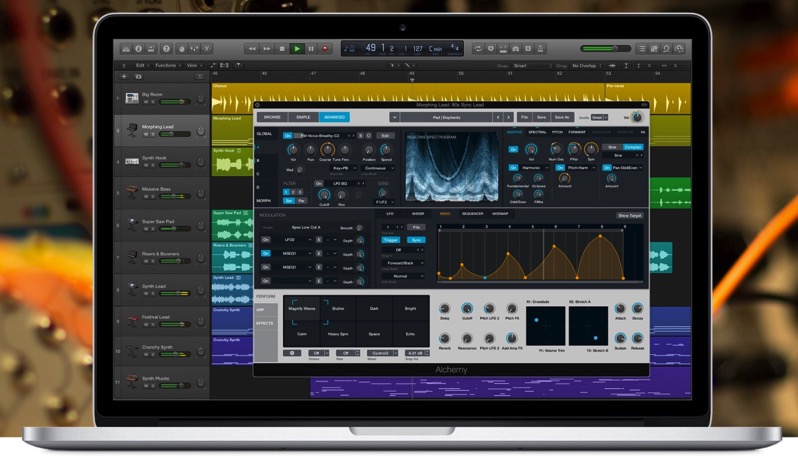 On top of Alchemy support, another new feature is Track Alternatives, allowing for switching between playlists of regions and edits on any track. Also, selection-based processing adds the ability to apply combos of Logic or third-party effect plugins to one or various audio sections.

The Logic Pro X update is free for existing users, otherwise it remains at $279.99 CAD, available in the Mac App Store (update rolling out still).

One more thing—Logic Remote for iOS was updated today with better Wi-Fi connection to the Mac, plus the iPhone version now shows a keyboard with optional scale modes.