GreenOwl Solutions Inc has just released a new iOS app called Traffic Alert which takes full advantage of TrafficAlert service, one of the best traffic reporting systems in Vancouver. The app is now live in the Canadian App Store and is free to download for iPhone and iPod touch. With Traffic Alert, you can get instant personal traffic updates by means of hands-free visual and audio alerts on your iOS device. The app only works inside the Metro Vancouver region and comes with pre-recorded community favourite routes. 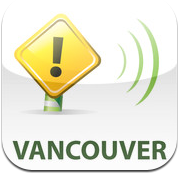 You will join with thousands of users within this network to make the TrafficAlert service the best traffic reporting systems for Vancouver and beyond. The service relies on users like you to passively and actively tell other users the traffic conditions ahead. Whenever a user is stuck in traffic, that information is passed onto the entire user network. You can also report a traffic tip by touching a button to our toll-free traffic reporting centre.

Before you hit the road, launch the Vancouver Traffic Alert application and start recording your first trip. While you are recording your first trip, the system will already advise you of the traffic condition 5km ahead of you, with voice and visual alerts. The next time you travel on the same route, call up your recorded route from Traffic Alert. You will hear real-time traffic alert specific to your route instantly.

– Monitor traffic issues at all time along your recorded routes, as well as 5km ahead of your current street location
– Real-time voice alert on any unexpected traffic issues, with affected street segments and speed information.
– Visual map tracking your route with traffic flow information
– Community Favourites for commonly traveled routes, such as Richmond to Downtown, Coquitlam to Downtown, North Vancouver to Downtown, and more. 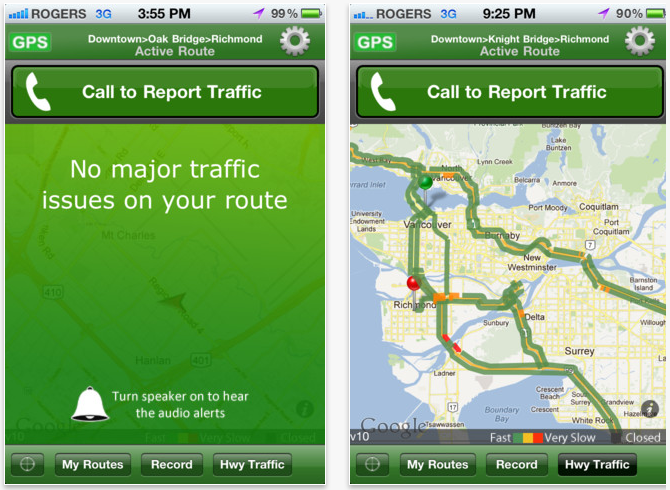