Global Go for iOS has been updated today to bring more personalization within the app, with the debut of My Global. 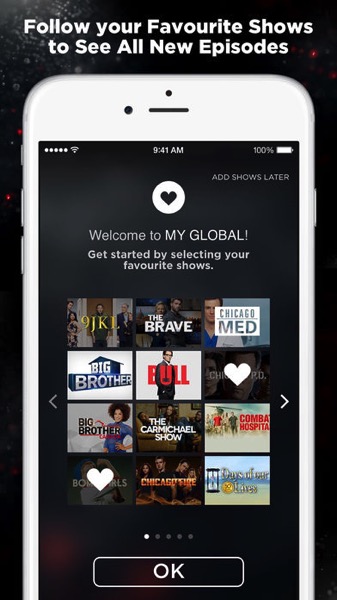 According to Corus, My Global allows users to select favourite shows and get new episodes for these shows “all in one place”.

The update also brings push notifications when new episodes are available for favourited shows, with the option to turn on alerts on individual show pages.

Update Nov. 8/17: Kenny Norton, Mobile Product Manager for Corus, responded to us on Twitter to say an Apple TV app is coming “in the next few weeks”:

Indeed I do. My team is working on it, Global Go is coming to Apple TV in the next few weeks.