The Globe and Mail has updated their news app within a minor change in the way ads are displayed. Instead of small banner that pops up and sticks to the bottom of the screen reducing viewing real estate, ads are now embedded in-line within stories instead of the home page, which enables more headlines. 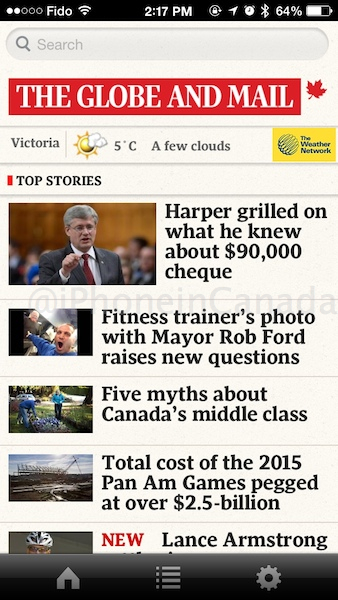 What’s New in Version 2.9.0
This release redefines the way advertising is displayed in the app. Ads will now appear in-line on all pages on both the iPhone and iPad. We hope that the update provides a less intrusive and more natural reading experience.

Also new for the iPad app is the Twitter feed which has been axed with a new feature at the top and overall bug fixes.