Gmail appears to have quietly launched a new ‘cards view’ for online purchases, flights, hotel reservations and more within their iOS app. The cards appear similar in nature to those seen within the Google iOS app, summarizing your purchases or reservations in easy-to-view cards.

Below, for some VELCRO brand-sticky back strips we ordered from Amazon.ca, we noticed this card pop up when we opened Amazon’s shipment email: 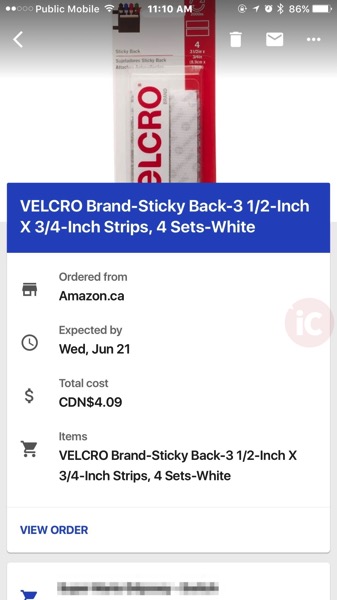 As you can see, it details the item you ordered, where it was ordered from, when you can expect it by and the total cost. When we tapped “View Order” it launched the Amazon iOS app.

These Google Now-style cards appear at the top of the email, but once you scroll down you’ll see the original Amazon email. These styled cards also show for older Amazon.ca orders as well. For other retailers such as Costco, we aren’t seeing these cards.

Older hotel reservations and flights will also show these new cards as well: 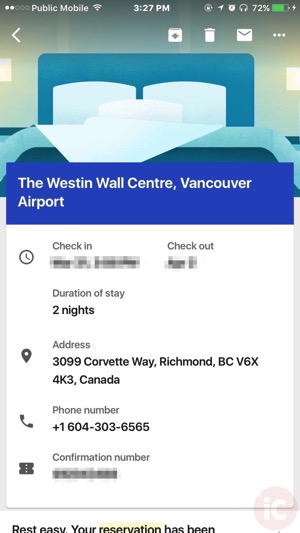 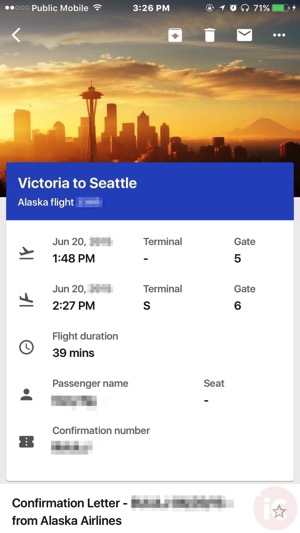 These cards make it really easy to locate confirmation or reference numbers, especially on mobile when sometimes you need to zoom in to see the fine details.

Click here to download Gmail for iOS in the App Store. Let us know if these cards views are appearing for you too.