Gmail for iOS Finally Updated for iPhone 6, iPhone 6 Plus

Gmail users, Google has finally updated their mail app for iOS users to support the new iPhone 6 and iPhone 6 Plus screens. This means you now see more email and it’s ready for the higher resolution displays.

You can see 8 emails in a row on the iPhone 6 Plus. Gmail junkies like myself have been patiently waiting for this update. 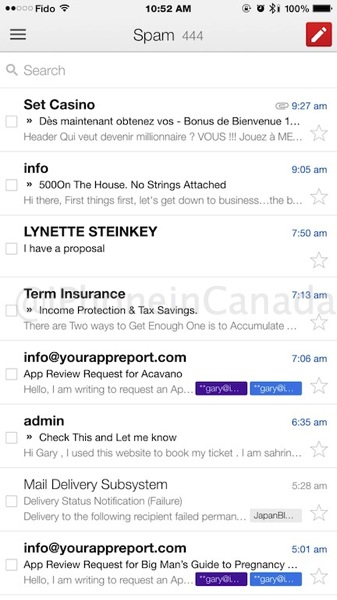 Also, Google Drive for iOS today also received a minor update to fix a bug when uploading photos for some iOS 8 users.