Last week Google shared how their Inbox by Gmail app would gain a new one-tap Smart Reply feature, and today the company’s iOS app was updated with this addition.

The feature will suggest up to three one-tap responses to incoming emails to save users time, which Google explained as a way to give people a “jump start so you can respond right away”.

Check out our screenshots below of the new addition: 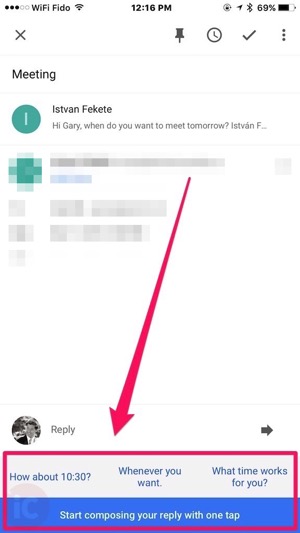 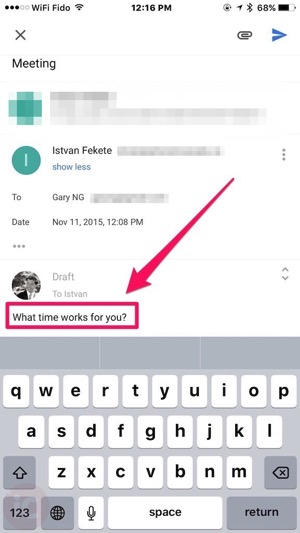 After we updated, the feature did not appear for us, but after a force quitting the app and reopening, it appeared. Let us know how you like this feature!