Navigate your world with Google Maps, now available for iPhone. Get comprehensive, accurate and easy-to-use maps with built-in Google local search, voice guided turn-by-turn navigation, public transit directions, Street View and more. Use Google Maps to discover great places to eat, drink, shop and play, with ratings and reviews from people you trust. Sign in to save your favorite places and quickly access all your past searches and directions from your computer, right on your phone.

Search * Find addresses, places and businesses around the world with Google local search. * Discover places to eat, drink, shop and play, with ratings and local reviews. * Sign in to sync your searches, directions, and favorite places between your computer and your phone.

Street View and imagery * View 360-degree panoramas of places around the globe with Street View. * See inside more than 100,000 businesses worldwide. * View high resolution satellite imagery of locations around the world.

Simple and easy to use * An entirely new Google Maps experience on your iPhone. * Newly designed and streamlined interface for even easier navigation of your world. * Use gestures to explore the map and browse results.

So far, after a quick download and test, I must admit it feels great to have Google Maps again on iOS. The interface of this app is quite slick for a first release from Google, and includes swipe gestures to access satellite view, traffic, public transit and a link to Google Earth. 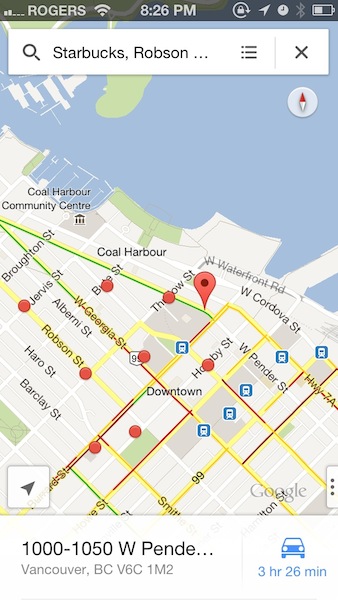 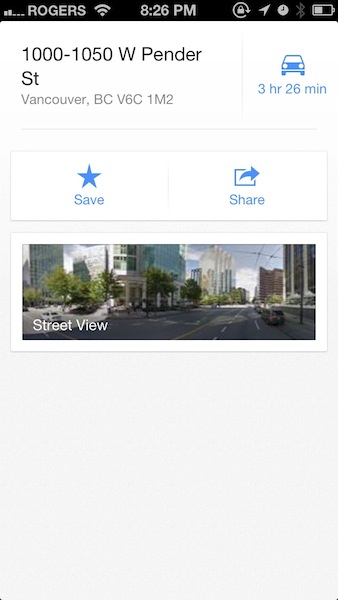 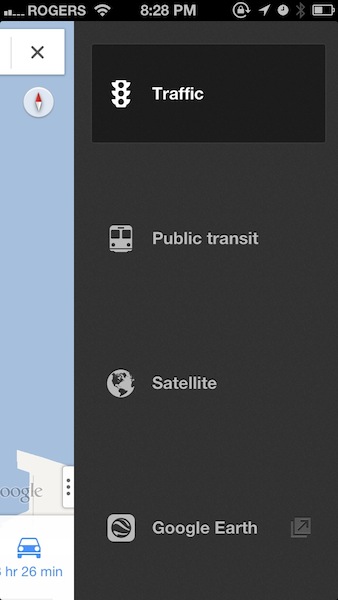 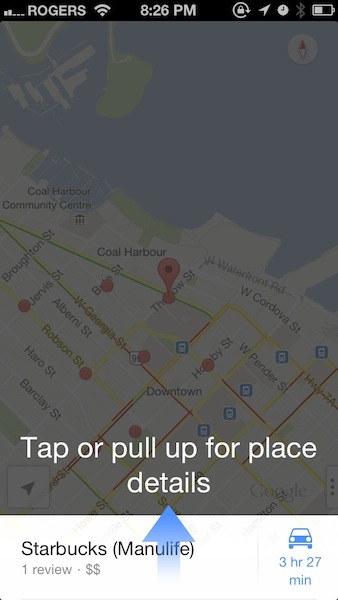 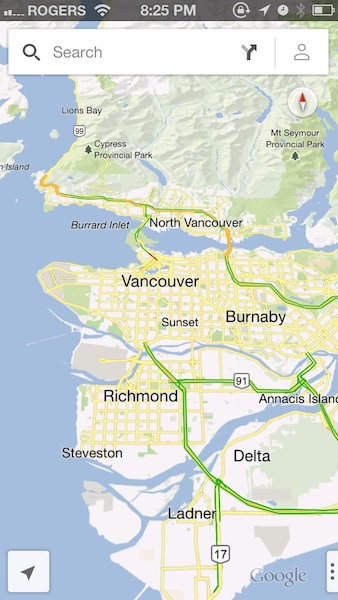 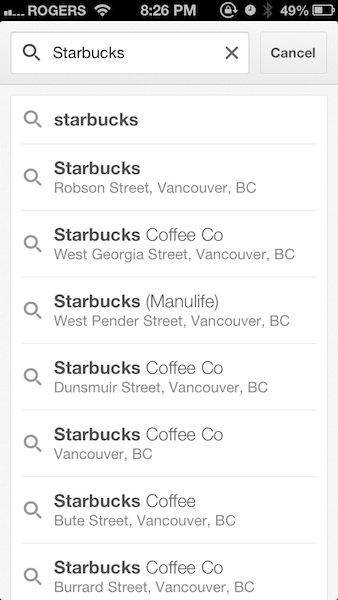 You can tap and hold anywhere on a map to drop a pin location, then get street view as well. You can use two fingers to tap to zoom out of map views, just like you can in Apple Maps. Transit directions are back along with Street View, without needing to hit up a mobile page. Seriously, well done Google on this release. So far so good and we can’t wait to test turn by turn directions tomorrow.

Check out this out–all you have to do is ‘shake’ your iPhone to send feedback. So cool: 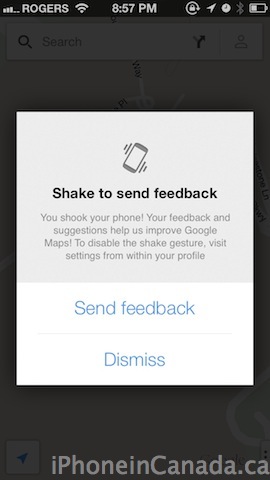 Apple removed Google Maps from iOS 6 and went with their own in-house solution which has proven to be troublesome for many users. The Apple Maps fiaco has resulted in CEO Tim Cook publicly apologizing for its failures and also the firing of Scott Forstall.

Click here to download Google Maps for iOS. Let me know what you think of it so far.

Update: Google explains they have also released a Google Maps SDK for iOS, to allow developers to launch Google Maps instead of Apple Maps. This is big news, folks:

Here is the Google Maps for iPhone promo video: