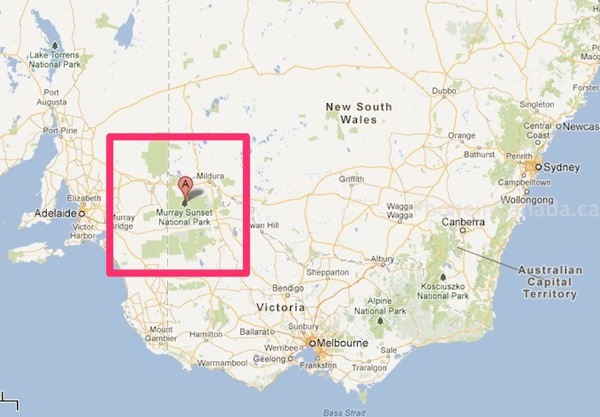 Looks like Apple Maps in iOS 6 has once again received criticism, this time from the Victoria Police covering the Mildura area in Australia. The latter issued a public warning on its website to motorists, notifying them to “be careful” on relying on Apple Maps within iOS 6 after numerous people were led astray and required police assistance to be rescued in recent weeks.

Travellers to Murray-Sunset National Park were lured 70KM away from the actual park by Apple Maps, leaving them stranded (some for up to 24 hours) without food, water or cell reception. The concern is regarding people who are forced to then to travel by foot over treacherous terrain to get a cellphone signal to call for help, in temperatures that can get as high as 46 degrees Celsius:

Police are extremely concerned as there is no water supply within the Park and temperatures can reach as high as 46 degrees, making this a potentially life threatening issue. 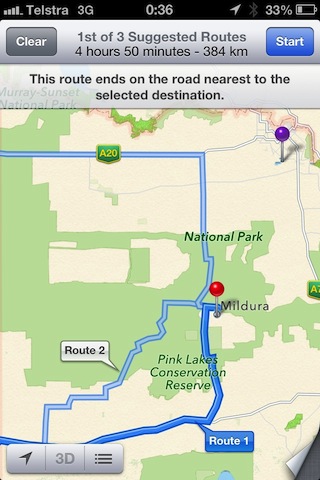 Victoria Police have notified Apple about their concerns and aims to relay the overall message to travellers to not rely on Apple Maps within iOS 6 for travelling to the park. They are encouraging visitors to rely on other maps until this issue is fixed by Apple.

Apple CEO Tim Cook personally issued a public apology over Apple Maps in iOS 6 back in late September. In his first ever TV interview as CEO with NBC’s Brian Williams, he admitted “we screwed up” when asked about Apple Maps.

The maps snafu resulted in the ousting of Apple iOS chief Scott Forstall. As Apple SVP Eddy Cue has taken over the role of fixing Apple Maps, he has recently fired senior iOS director Richard Williamson and is also seeking outside advice to fix Apple Maps.