Google Maps for iOS Can Now Measure Distances For You, Here’s How It Works

First, just drop a pin on the map, swipe up and then tap on the new ‘Measure distance’ indicator with the mini ruler icon: 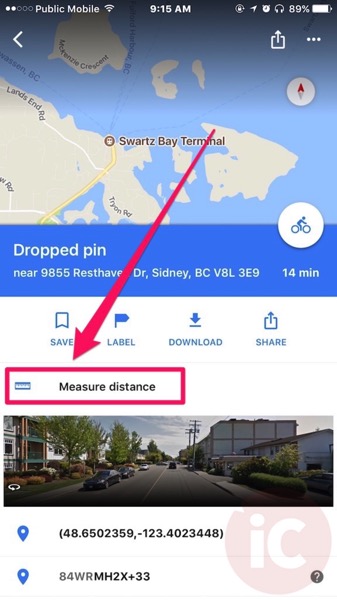 From here, you can then tap and drag the map to any location and in the bottom left, it’ll update the distance in real-time. Tap ‘Add point’ in the bottom right and you can then add another point and so forth. It’s a handy feature if you’re trying to determine how far distances are if you’re planning a walk with kids or a bike ride etc. 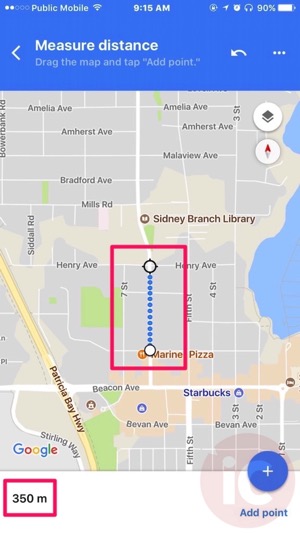 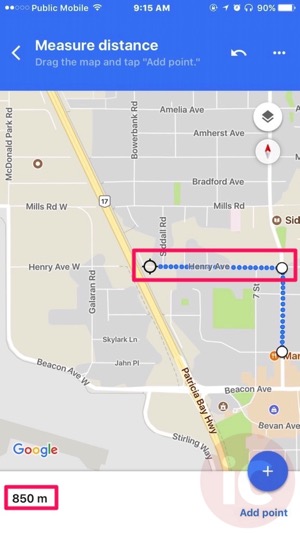 You can also tap the ‘back’ arrow to undo an added point as well.

Back in March, Google Maps for iOS added real-time location sharing, a feature similar to Apple’s Find My Friends, while a month later, it added a feature to remember where users parked, along with a ‘Your Timeline’ feature to track and record a log of where you’ve been.