Google Maps for iOS to Get Multi-Stop Directions Soon

Google has announced new features are coming for Google Maps on mobile, with some of them first debuting on the company’s Android version first.

Nicole Bell, Communications Manager, Google Canada, explained in a blog post multi-stop directions are now available for Android users (coming soon to iOS). This allows you to add multiple destinations before your commute or trip, for a seamless driving experience. Say good bye to setting the GPS again and again prior to departing each destination.

Next, another feature available to Android users (and most likely will make its way to iOS), is the ability to add notes to locations, essentially creating some travel memories. For this to work, Location History must be enabled.

Google explains “No matter where your travels take you this summer and beyond, these new Google Maps features will get you there and help keep track of all the memories you make along the way.”

We’ve noticed Google Maps for iOS recently gained better street labels during navigation. As you can see below, as you approach turns, the map now shows the street name clearly in a new label, which is very helpful: 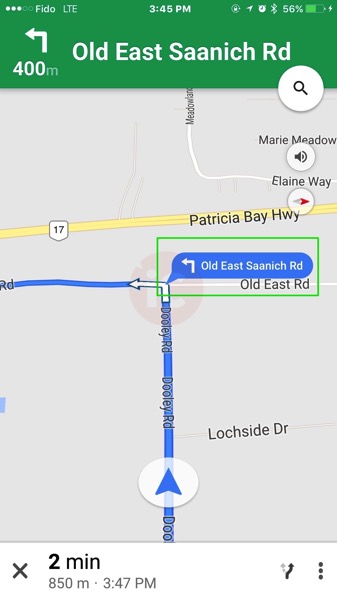