Apple’s lead in the race for mobile apps has ended: the Android platform now has about 700,000 apps available for download. This is the same number Tim Cook emphasized during the iPad mini event. 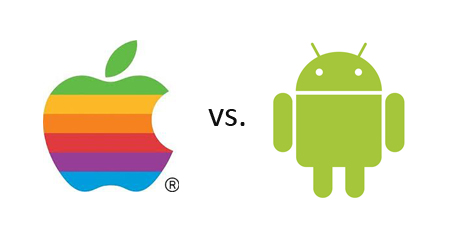 As reported by BusinessWeek,

this means Android is now ready to challenge Apple in yet another battle: this time the mobile applications market is at stake, part of the $219.1 billion smartphone market.

Just a quick fact: reports had been coming in that iOS was the preferred platform of app developers, yet it turns out that Android market fragmentation didn’t cause as bad a headache for developers as those studies highlighted. Or did they? We don’t have information about Android device compatibility for the 700,000 apps available for download.

This however, automatically raises mobile app monetization questions and fragmentation pain: as Flurry’s Peter Farago highlights in a post, the four major OEMs — Samsung, Motorola, HTC and Amazon — have the top 20 Android devices.

As a comparison of mobile app monetization generated by the top apps on both iOS and Android platforms, Flurry says

the difference in revenue generated per active user is still 4 times higher than that of Android. For every $1.00 a developer earns on iOS, he can expect to earn about $0.24 on Android. These results mirror earlier findings from similar analyses Flurry conducted in Q4 of 2011 and Q1 of 2012.

Tim Cook said recently that they had paid out $6.5 billion to developers while our latest information about Google’s payment to developers is at the level of a few hundred million, as it is moving to implement an Apple-like payment system in Google Play.