The race is on to create the next best Google Reader client, in anticipate of the service closing on July 1. Feedly is off to a huge start, surpassing 3 million users. Digg has openly shared its plans to create a client too. To make things even more interesting, popular and gorgeously designed Google Reader client Reeder has announced it is making its Mac and iPad versions a free download, as explained in an update on the future of the app: 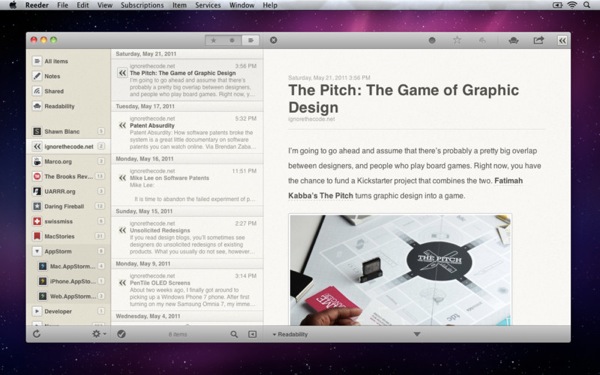 The iPhone version is still a paid app, and the developer notes the next 3.1 update is coming soon to introduce Feedbin and standalone/local RSS.