Feedly announced this morning it has surpassed 3 million users, thanks in large part to refugees jumping over from Google Reader, which is set to shut down on July 1.

The company also released an iOS update with an improved search and discovery engine that brings over 50 million feeds to the service. A new section called “Must Reads” has been added, along with pull to refresh on the feed selection panel. Also, a new title only view has been added to bring more headlines to the main view, to simulate Google Reader.

I’ve been testing this since this morning’s update and I think it can still be improved, as not enough headlines are seen on one page. I also think their feed list view can be more compact as well. 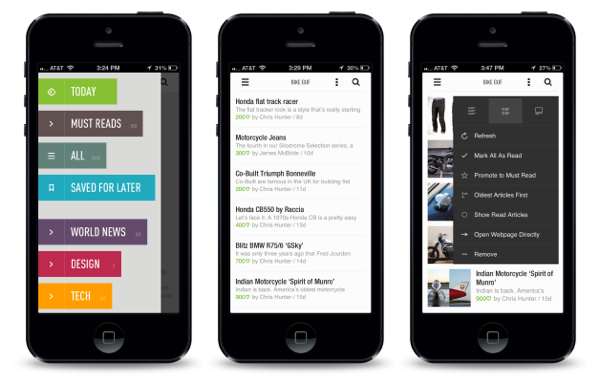 [Related: How to save your Google Reader feeds to Feedly, Flipboard]

As for sharing, new support includes Google+ in the redesigned sharing panel, which looks pretty nice as it loads all your options in a pop up square section.

Feedly notes they had to remove the ability to search your own feeds as the feature was not scaling properly and was too resource intensive. A new solution is in the works and hopes to be released later this year.

Shorly after Google announced the end of Reader, Feedly benefitted and gained over 500,000 users in just over 48 hours and vaulting to the number one spot in the US App Store. The race is on to create the next best RSS reader, with Digg also in the running to release a similar RSS client.