Google has just pushed a significant update to its Google Search universal iPhone / iPad app with an improved voice search, that behaves pretty much like Apple’s own digital voice assistant Siri. The voice recognition engine is much faster than before, thanks to its on the fly text streaming. 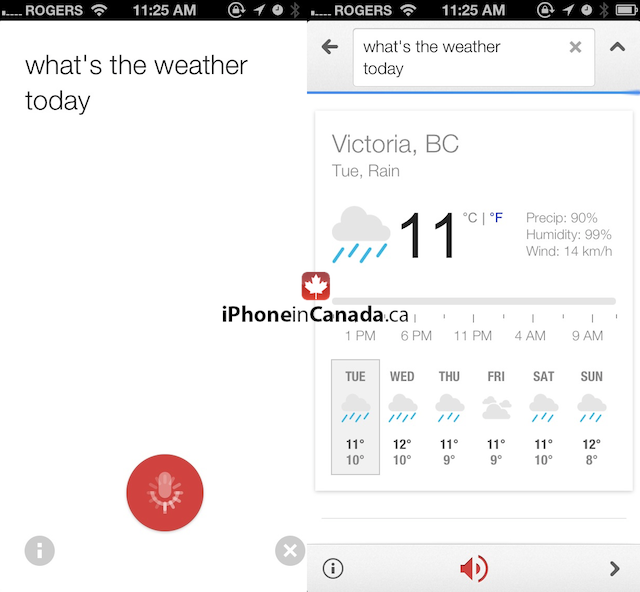 Similar to Siri, you tap the red mic icon and say a command like “what’s the weather today”. Search results will instantly show you the weather forecast for your current location. Interestingly, the search engine even recognizes queries like “will I need an umbrella today” or ” is any rain expected today in Victoria”. Likewise, you can ask for directions to any place e.g “where is Starbucks” or “give me directions to Starbucks”. 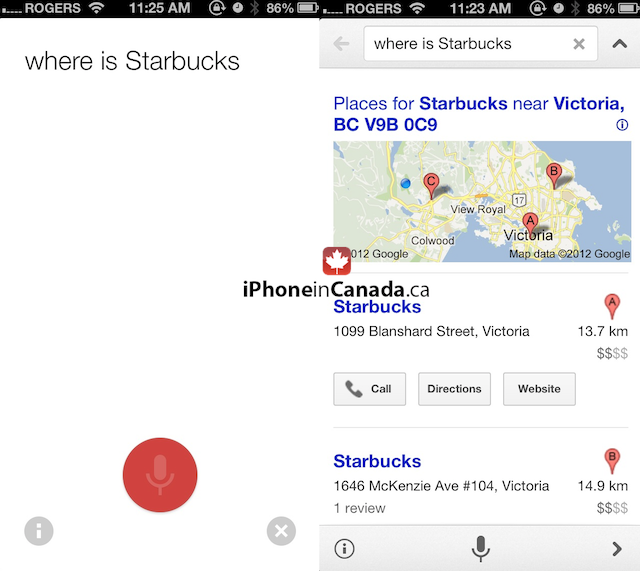 During our initial tests, we found the new Google search to be quite impressive with its snappy and precise responses. We also like how it reads out the answers, though you can switch off the “Speak answers back” toggle any time. Below are some screens showing you all the things you can ask. 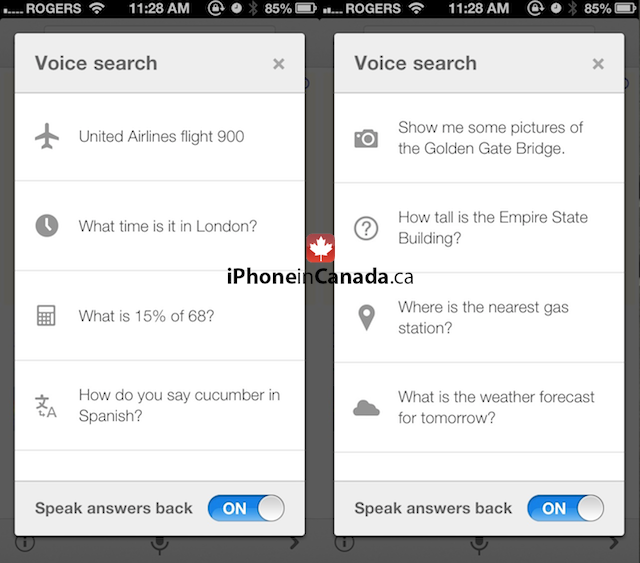 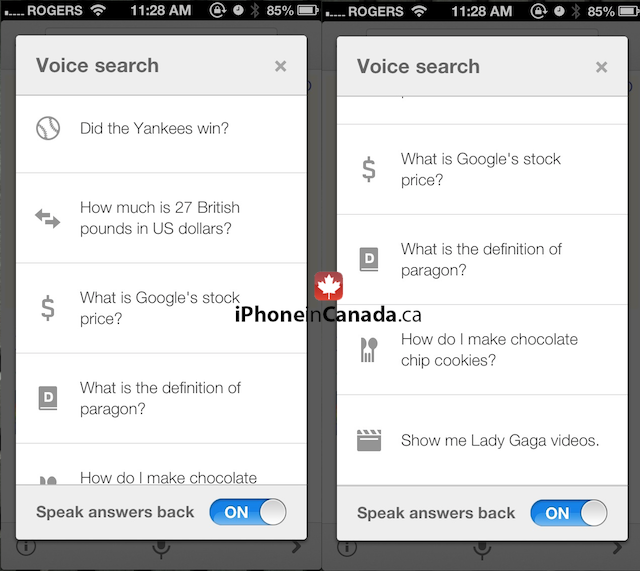 As always, the app is available for free in the App Store. Try it out and let us know how it works for you!