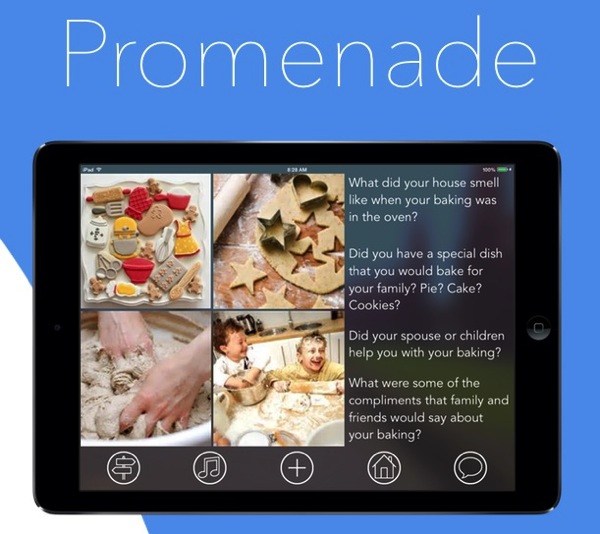 A brother-sister team from Hamilton have created an app to assist families in coping with members that are dealing with Alzheimer’s or other forms of dementia.

Chris Benoit and Alexis Liddell were inspired to create their app Promenade, after struggling for a decade to have normal conversations with their grandmother who suffered memory loss after a stroke, reports The Spec. Liddell works in therapeutic recreation at Macassa Lodge while her brother is a software engineer for Autodesk in Toronto.

Promenade was created by of experts in the field or Gerontology and Therapeutic Recreation and uses photos and conversation-based questions to help stimulate and and encourage reminiscence to build meaningful conversations.

“We know with dementia the short-term memories are the first to go but the long-term memories usually remain intact for a significantly longer portion of time,” said Liddell. “So a lot of folks suffering from the disease can’t remember what they had for lunch but they can remember specific details about high school or working on the farm when they were nine years old.

“These are the kind of memories we want to tap into … In a state of mind when so much is unknown, confusing and frustrating, it’s nice to have something you can talk about because you have access to those memories.”

If you have a family member dealing with dementia, this might be an app worth trying out.