The Happy 144th Birthday Canada app by the guys and girls at OAK computing is a project to make the longest birthday video message to Canada.

What does the app do in a nutshell?

How does the app work?

Individuals will record 5-â€second birthday Â  messages to Canada via the Happy144thCanada app and submit. We will then stitch together all the videos, creating a single video of wishes; weâ€™re aiming to create the longest video birthday message.

How can I record my video?

Presently, you will need to record by using the Happy Birthday Canada app, from an iPhone, iPod Touch and iPad.

Next year, when we try to beat this year’s record, we will make it available on multiple platforms, including recording from yourÂ computer.

They are already accepting videos and will be up until July 2 at midnight. 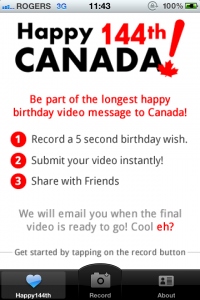 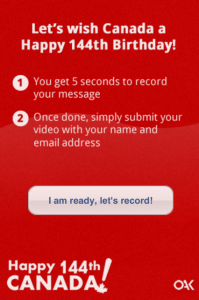 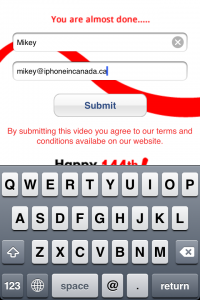