Just wanted to wish everyone a Happy New Year from iPhoneinCanada.ca! Here’s to a prosperous 2012.

For those that haven’t had the clock strike midnight yet, you can watch the ball drop in Times Square in New York City with this official app on your iPhone. 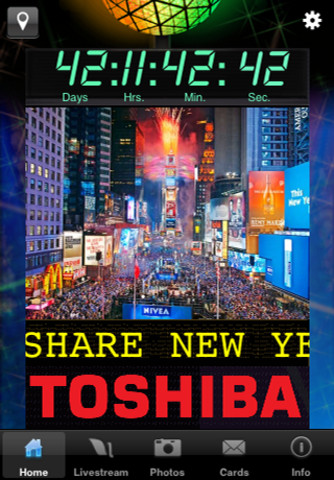