Here Is What Dropbox for iOS 7 Will Look Like [PIC]

Dropbox is preparing a neat update to its iOS application, which will make accessing both personal and business accounts easier than before.

The company announced in a blog post that the forthcoming update will allow users to connect their personal Dropbox account to their Dropbox for Business account on all of their devices — see image below. 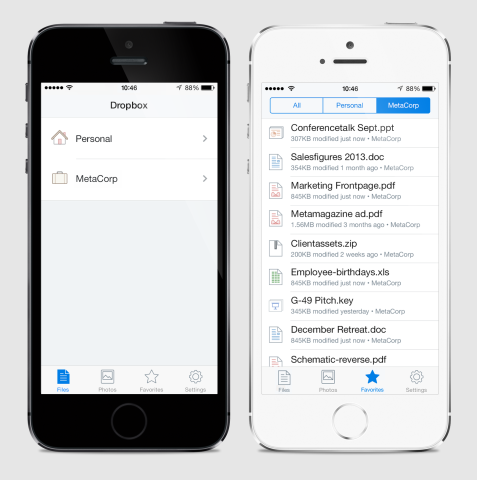 So, instead of having to access two places for files, users will have access to both folders from the same Files tab. Also, the company paid attention to where the files are supposed to go: If a user is uploading a photo via Camera Upload, it will instantly show up in the Photos tab but will be visible to the user only. The company will roll this update out to Dropbox for Business customers starting this month.