Today marks the launch of four days of arts and culture festivities at Honest Ed’s, which honours the legacy of one of Toronto’s most iconic entrepreneurs.

To celebrate the kick off of the event, part of the Toronto For Everyone campaign created by the Centre for Social Innovation, developers The Working Group were commissioned to create a free iMessage sticker pack for the masses. 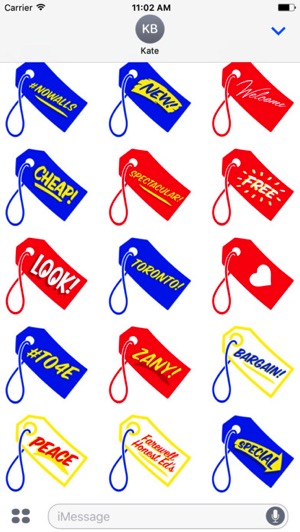 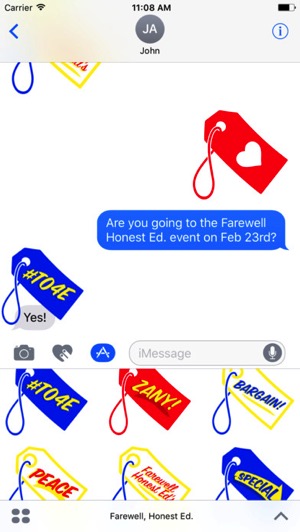 The stickers mimic the theme of Honest Ed’s, a discount retail store in the city started in 1948 by late founder Ed Mirvish, known for his buzz marketing and generous charity back to the city.

The Toronto for Everyone campaign explains, “Honest Ed’s may be closing its doors, but Ed’s legacy is his unique ability to foster community can carry on. For years, Ed opened his doors to immigrant families, hosted street parties and gave away free turkeys. Now it’s time for us to carry the torch through all of our city and community building initiatives.”