Pain Squad is an iPhone app that helps kids and teens with cancer track how intense
their pain is, how long it lasts, where it hurts as well as what helps to treat it. They are also able to record how pain impacts their mood and daily activities, such as doing schoolwork, sleeping and interacting with others

Cundari created the Pain Squad theme to keep kids engaged and motivated to
complete their pain surveys twice a day. Cundari sought the help of celebrities from two prime-time Canadian law enforcement shows, Rookie Blue and Flashpoint. Playing their crime- fighting characters, the actors performed in encouraging video clips that are unlocked as the kids win promotions to higher ranks. Patient-users join the Pain Squad as “Rookies” and progress through different levels. By completing more surveys they are promoted to higher ranks, such as “Sergeant” and “Captain”. 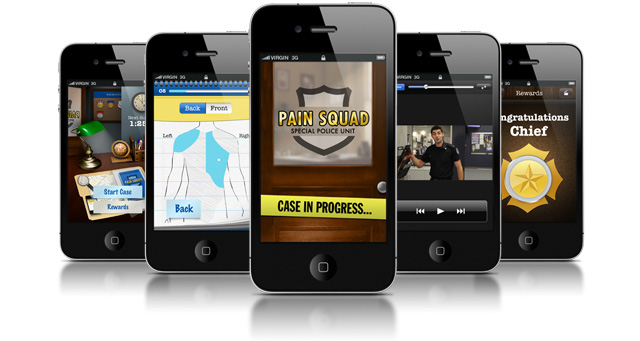 By utilizing technology such as the iPhone, it makes it a lot easier for children to track their symptoms in a new way, as opposed to traditional boring paperwork. The feedback provided to the app will in turn explain to kids how to treat their pain. The app has finished its third phase of testing as part of its research study, and is not available to the public at this time.

You can learn more about the upcoming app here.