Colleen Shaw is against the Ontario government’s plans to privatize Hydro One, and along with the grassroots organization Citizens Coalition Against Privatization (CCAP) of Hydro One, has launched an iOS app to help citizens stay informed of developments. 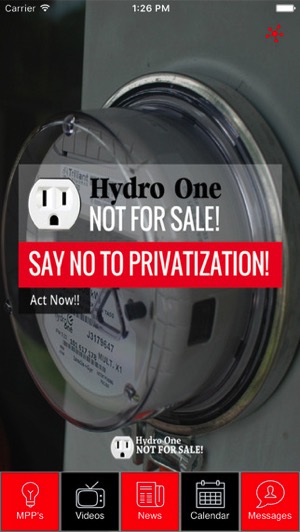 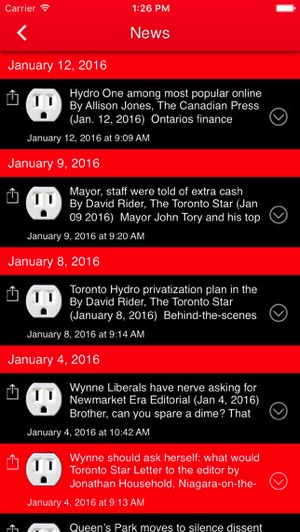 The app Hydro One Not for Sale keeps users informed of real-time news and events, plus allows emailing or calling local Members of Provincial Parliament (MPP) and also lobbying the provincial government to stop plans to privatize hydro, which the group says will raise bills, cause power outages and mean less money for schools and hospitals.

Rosario Marchese, Chairman of the CCAP, said in a statement “Almost every single person and business in Ontario stands to lose if we let Premier Wynne sell off our public hydro system,” adding “This amazing communication tool will help make more people aware of how bad the scheme is for everyone except the wealthy few.”