IKEA Canada has launched a new app called Safer Home, which “identifies safety risks by development stage and releases new content as safety needs evolve over time to help families stay one step ahead, from newborn to 7-year old.”

The new Safer Home app, available for iOS and Android, is a free download. It aims to help parents and families more aware of home safety. 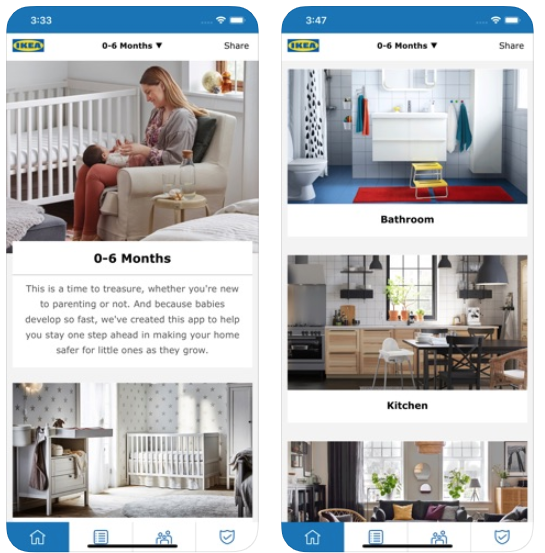 “At IKEA, we want to take a leading role in empowering families to live a safer life at home,” said Michael Ward, CEO and Chief Sustainability Officer, IKEA Canada, in an issued statement to iPhone in Canada. “The Safer Home app offers simple, straightforward steps that everyone can take to ensure their home is a safe environment for children.”

IKEA Canada says it has made giant strides in helping to make for safer homes for Canadians. It says it was the first retailer to sell cordless blinds, while its Secure It! campaign also educated the hazards of furniture tip-over.

You can download IKEA Safer Home here for iOS and here for Android.