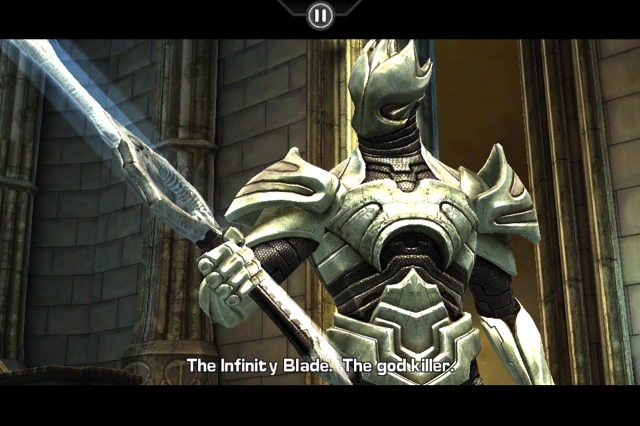 Infinity Blade, the highest grossing iOS app of all time, has released their much anticipated 1.1 update.

Update #1 â€“ To thank you all for making Infinity Blade so successful, we’re giving you even more awesome new free stuff!
– 5 new Swords, 5 new Shields, 5 new Helmets, and 1 new set of Armor – Collect and Master them all!
– Maximum Character Level raised from 40 to 45!
– New Enemy – The MARROW FIEND! This creature is rumored to devour its victims, taking their bones for its blade and shield…
– Because it’s awesome, you can now listen to your own music while playing INFINITY BLADE!
– PURCHASE GOLD! Due to popular demand, we have added the ability to buy extra Gold via in-app purchase!
– Optimizations and minor Bug fixes

I am still in awe with how beautiful the graphics look on the Retina Display. The Unreal Engine 3 technology that powers Infinity Blade makes this one of the must-have games of the year. I can’t wait to see what other games will emerge powered by UE3.