Instagram has announced photos shared to Facebook will now automatically appear in a new album and full-sized images will show up in your news feed:

The photos will appear full-sized in the News Feed along with the caption that you’ve added to the Instagram photo, and a link to the image’s public URL. This change will also display your Instagram photos beautifully in your timeline! 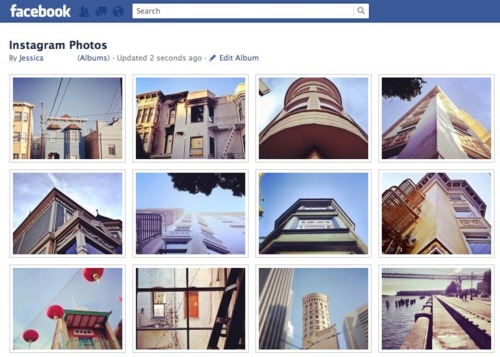 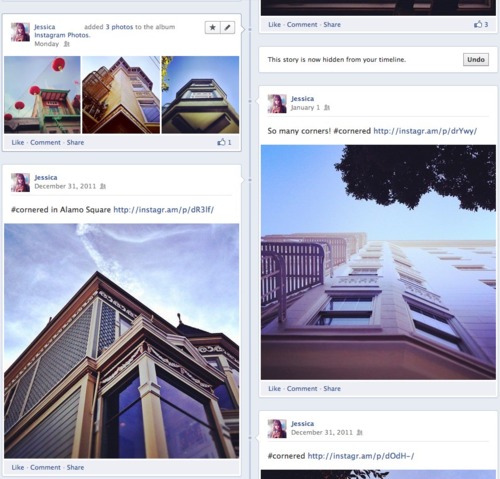 Let the Instagram takeover of your Facebook news feed begin. Instagram amassed more than 10 million users in less than a year, which is impressive since the app is only for the iPhone. Follow us, we’re ‘iphoneincanada’.