Recommended posts will be seen at the end of your Feed, once you hit the “You’re All Caught Up” message. If you keep scrolling, you’ll see recommendations “based on the people you follow and photos and videos you like.” 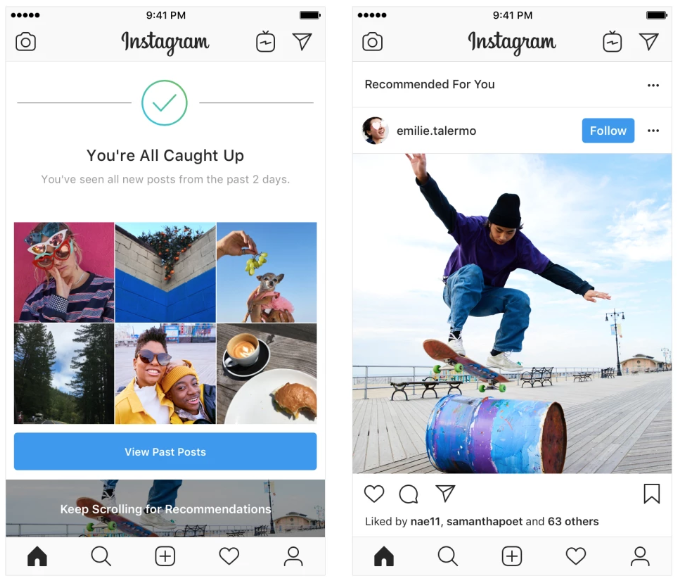 Instagram says this feature is rolling out this week and the feature will let you “see even more of what’s being shared by our community.”

The feature placement seems contradictory, since it shows up after the “You’re All Caught Up” message, which launched earlier this year as a digital health feature to limit time spent on the network by users.

Let us know if you’re seeing this new feature pop up in your Instagram feed yet.