The Instagram team has posted an update as announced on their blog, and the latest version 2.1. This update brings a new featured called Lux to help brighten photos, the new filter Sierra, and an improved user interface.

The Instagram team created the following animated .GIF to showcase the new feature. You can brighten or darken any image within the filter:

Below is the slightly revised interface along the bottom row buttons, and also the Sierra filter at work: 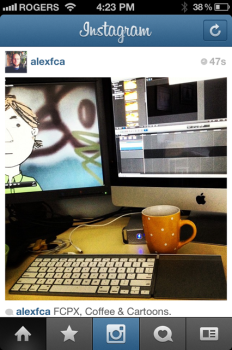 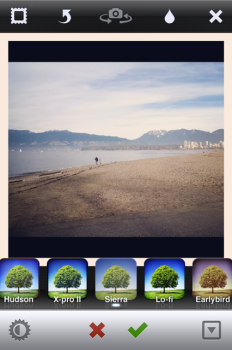 Part of this update includes a change to Push Notifications, as taps will now take you straight to the image. Instagram has over 15 million users and is one of the easiest ways to share your photos with friends.