Now this is what you call the power of iOS and the iPhone/iPad. Superbrothers: Sword and Sworcery EP has been nominated for Game of the Year at the 2012 Canadian Videogame Awards, as part of their total 11 nominations. What’s impressive is this iOS title is up against console games from major game studios like EA and Ubisoft. 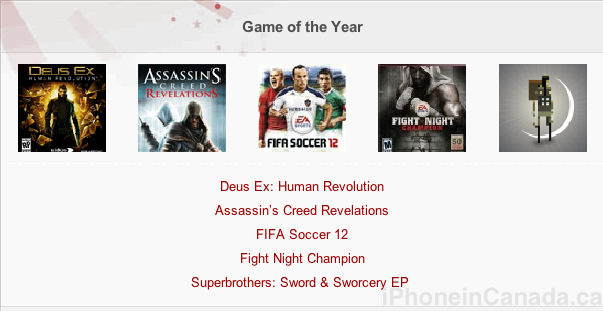 The indie studio Capybara Games is behind the game and based in Toronto and has been absolutely killing it with their iOS titles. Earlier this month, Superbrothers won the Best Handheld/Mobile Game of 2011 at the Game Developers Choice Awards. Their app has also been chosen as the iPad Game of the Year Runner-Up by Apple as part of the App Store Rewind 2011.

Here’s their iTunes description of the game (out of 419 ratings in the Canadian App Store, the average rating is 4.5/5):

Superbrothers: Sword & Sworcery EP is an exploratory action adventure with an emphasis on audiovisual style. Traverse a mythic little realm, use a sword to do battle & evoke sworcery to solve mystical musical mysteries. Co-operate with friends via Twitter, experience a videogame world that is affected by moon phases & help a wandering warrior monk complete her woeful errand. 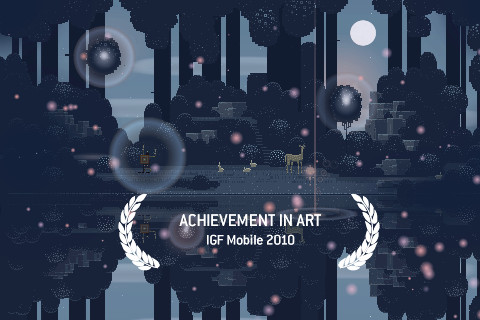 Here’s a promo video for the game:

Congrats to Capybara for their nominations and best of luck.

You can download Superbrothers: Sword and Sworcery EP for $4.99 from the App Store.