iTunes Rewind 2010 Lists the Hottest Apps of the Year

If you’ve been perusing iTunes lately, you would have noticed that Apple has a dedicated section listing the apps of the year. iTunes Rewind 2010 is a look back at an amazing year of the App for the iPhone. Sections include Top Free, Top Paid, and Top Grossing. You can also see all the best apps of 2010 by category.

Some notable mentions by Apple: 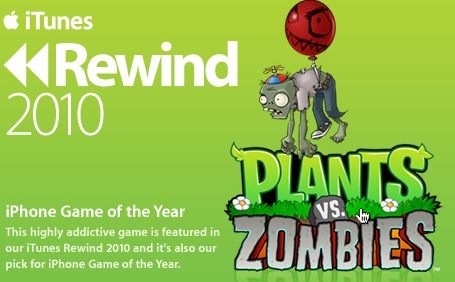 Go see the rest of the highlights within iTunes. What have been some of your top apps of 2010 (or of all time)?

A sample of my favourites I can’t live without are: SimplyTweet, Dropbox, Simplenote, WhatsApp, Boxcar, Facebook, Skype, Blogpress, AccuRadio, OmniFocus.