Just For Laughs is a comedy event which takes place in Montreal, Quebec, and today marks the 36th year of the festival. The 2018 Festival will feature some of the world’s most well-known comedians, such as Dave Chappelle, Russell Peters, Kevin Hart and Howie Mandel. 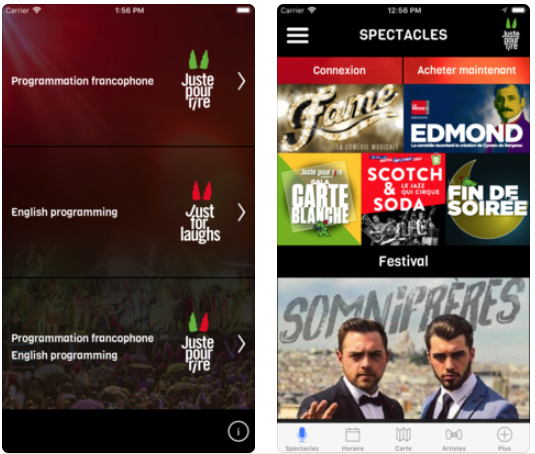 The free and bilingual app allows those attending the festival to see detailed schedules, get links for buying tickets, access programming of over 1,000 shows and activities being offered inside and outside the theatre, plus an interactive map to show points of interest at the event.

The app also provides alerts and notifications for your favourite shows, plus promo notifications on show tickets. If you’re attending the Just for Laughs Festival, this iPhone app is your digital companion for the event.