Toronto-based MadWhips.com has relaunched with a brand new responsive website design and simultaneously launched a companion iOS app for car enthusiasts. The automobile site says it’s the world’s largest social network for the hottest cars, which has compiled a massive database over seven years, says CEO Anthony Carbone, and strives to be the “500px of the automotive industry”:

“Our website and mobile app brings a cohesive new experience to the automotive community for sharing and collecting automotive photography…Our integration between web and mobile is a result of collecting 7 years of photos and user data and designing a simple & intuitive collaborative environment. It’s literally been seven years in the making.” 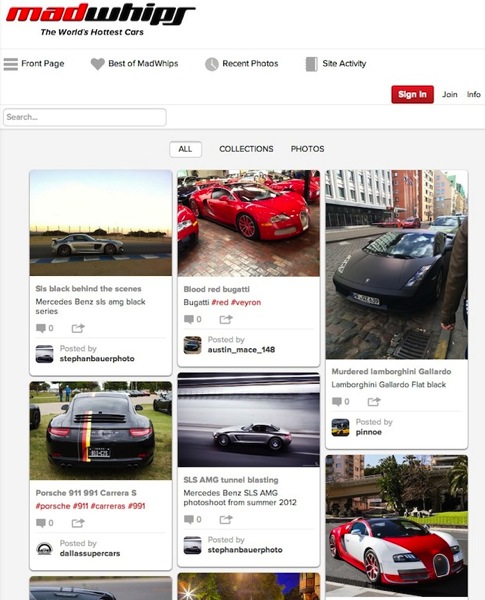 Here are images of the new iOS app, which has a simple design to allow motor enthusiasts to upload unlimited photos, find and follow others, and share right to social networks: 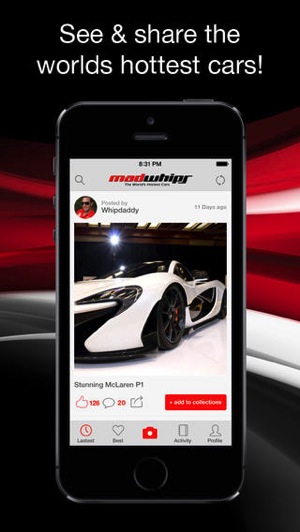 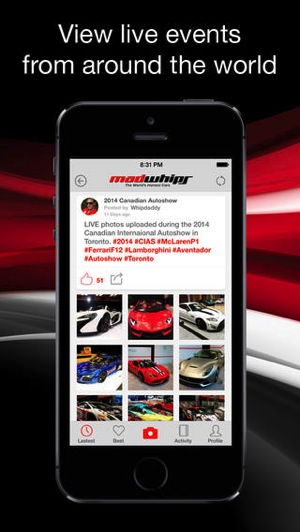 MadWhips has over 1 million Instagram followers, 150K+ Facebook fans and over 12K Twitter followers which crave the latest photos of new car models, such as recent images from the 2014 Canadian International Autoshow in Toronto. If you’re an avid car nut, you’ll probably want to check out MadWhips for iOS to get your car fix.