Popular inbox-clearing email app Mailbox has released an update today to bring some new features and tweaks. Snoozes are now ‘smarter’ as they have been adjusted based on the time of day and week, plus you can now swipe more than one email at a time (as many as you want). There are also some minor UI improvements as well and also bug and performance improvements.

What’s New in Version 1.2.0
– smarter snoozes (adjust based on time of day and week)
– faster swipes (swipe as many items at one time as you want)
– UI improvements (e.g. double-tap a name bubble to see email address)
– bug fixes (including swipe-to-open bug) and performance improvements 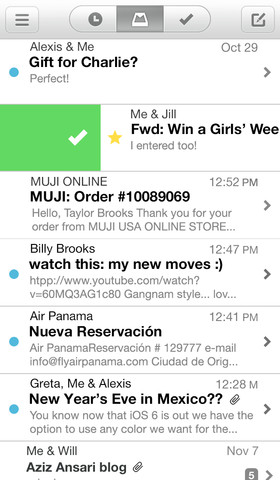 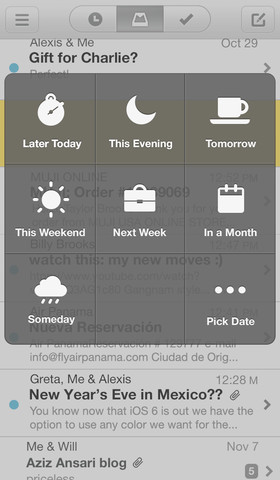 The ability to swipe as many emails as possible is a nice addition. Now I just need to remember to use Mailbox daily.