Medium dubs itself as “The stories that matter to you, written and recommended by the people you know,” created by Twitter co-founders Ev Williams and Biz Stone. It allows users to write stories and have them shared and up-voted by others.

Today the Medium iPhone app launched, as announced by Williams, also known as the founder of Blogger:

Medium for iPhone 1.0 is a simple app that lets you read and recommend Medium stories, wherever you go.

It’s a simple app because every week, thousands of people come to Medium to write. They share their stories, their ideas, their dreams and visions. That’s the hard part. We’re just helping amplify their voices. 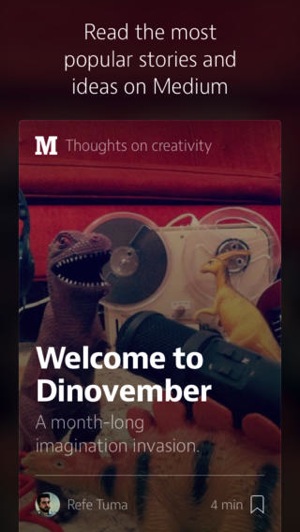 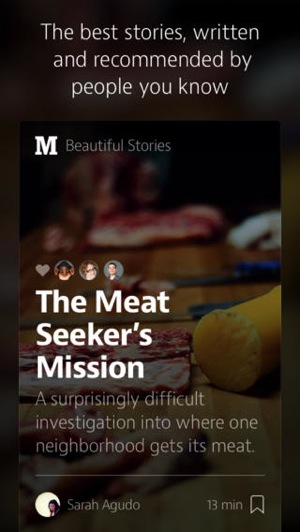 Stories for reading are shown in full-screen to immerse readers and swiping to the left will bring you to next story, keeping things simple. The app took six months to develop and so far no mention of when and if publishing capabilities would come in a future update or not.