Montreal’s Société St-Jean-Baptiste has released an iPhone app to allows Francophones to rate and support businesses in Quebec, based on their compliance with French language laws, on a scale of 1 to 10. Essentially the app relies on crowdsourcing its users so they can assess businesses with text reviews and photos.

This campaign is specifically designed to educate young people about the importance of using French in the public space. A recent study by the OLF (2012) found that 54% of Montreal customers go directly to the English language in the lack of service in French. This proportion is 77% among young people aged 18-34 and 56% among young Francophones. 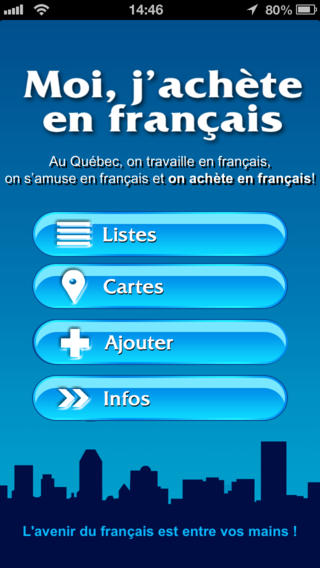 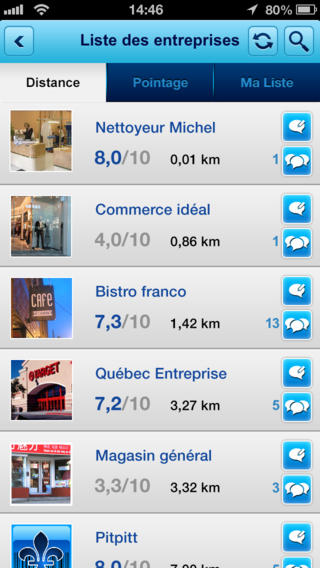 If you’re not familiar with the SSJBM, here’s their description (Google Translation):

Founded in 1834, the company Saint-Jean-Baptiste of Montreal is the oldest still active militant institution for the promotion and defense of the French in America. The SSJBM played an important role in the fields of education, social and economic development of Quebec.

This app may seem controversial to some, but for Francophones and the SSJBM, the app is geared towards youth and also to “promote the use of French as the common language of commerce and labor as a factor essential inclusion,” says Mario Beaulieu, head of the Montreal chapter of the Société Saint-Jean-Baptiste.

Quebec’s Charter of the French language says “Every person has a right to have the civil administration, the health services and social services, the public utility enterprises, the professional orders, the associations of employees and all enterprises doing business in Québec communicate with him in French.”

Some see Quebec’s language laws as being policed too aggressively–back in June, the Office québécois de la langue française investigated a Menchie’s frozen yogurt location, after a complaint was reported over English on the American chain’s plastic spoons; earlier this year an Italian restaurant was cited as having too many Italian words on its menu, in an incident dubbed ‘pastagate’ online. Others in Quebec see the use of English being too widely adopted in the province over French, hence the need for language laws.