Canadians and their iOS devices are becoming quite the arena for soft launches. The latest title to debut in Canada first before anywhere else in the world is NBA LIVE Mobile by Electronic Arts (via Touch Arcade).

This 5-on-5 action basketball game features real NBA teams, players and in-season play, coupled with 3D graphics. Players assemble their favourite NBA franchise as the GM (just don’t be Stu Jackson of the Vancouver Grizzlies), and are able to assemble a roster of present and past players. The game description says a Facebook login is required for this feature of the game. 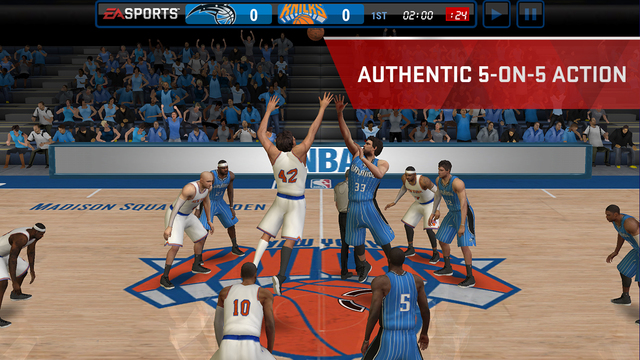 The game requires a constant Internet connection to play and is free to download and play, but powered by in-app purchases of course. There are daily live events and challenges to keep players coming back for more, with the ultimate goal of winning an NBA championship. This game is no NBA Jam, but looks like it’ll satisfy the needs of any basketball fan.